Does Djokovic Have the Perfect Game?

The title of the last chapter of The Fein Points of Tennis asks a thought-proving question: "Does Djokovic Have the Perfect Game?"  I focused on Novak's technique and concluded it's near-perfect with only one relatively minor flaw, his slice backhand.

I wanted you and other readers to finish the book thinking about the great importance of technique, which was the first chapter's title. In the US Open final and the first set of the recent Paris Masters final, Novak learned that even great technique is not enough if your opponent has better tactics. 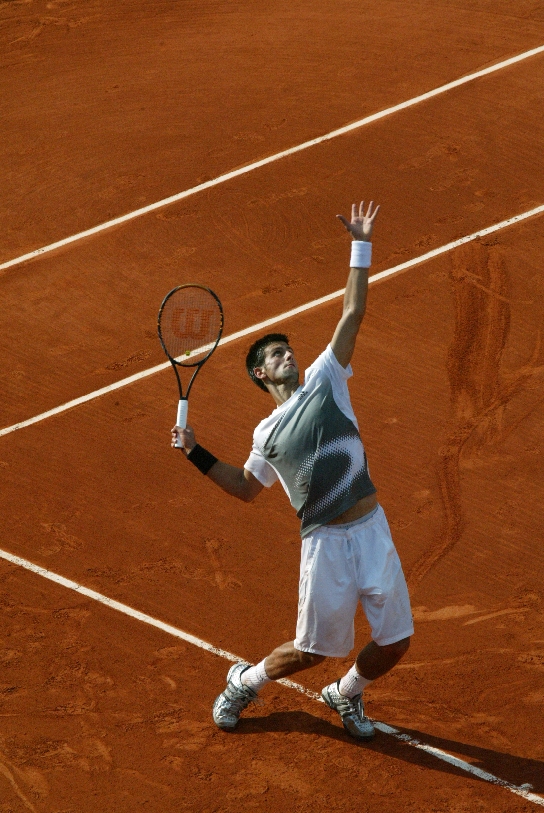 So, in the nick of time, Novak changed tactics against world No. 2 Daniil Medvedev and reversed the momentum to prevail 4-6, 6-3, 6-3. Novak served and volleyed, winning a terrific 19 of 22 points with the tactic, and he changed pace and spins, stroking slice backhands more than usual, to disrupt Medvedev's rhythm.

There are two lessons here: always change a losing game, as Bill Tilden advised 100 years ago, and the better technique you have, the more tactics you can deploy. For example, the ability to hit an accurate, wicked slice serve pulled Daniil—who returned serve from 10 to 15 feet behind the baseline—way outside the alley in the deuce court, and that, combined with his ability to produce sharply angled first volleys into the open court, proved a match changer.

So, as you perfect your own strokes, think of new ways you can broaden your tactics to take advantage of your strengths and exploit your opponent's weaknesses.